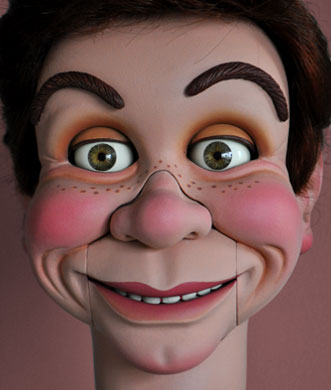 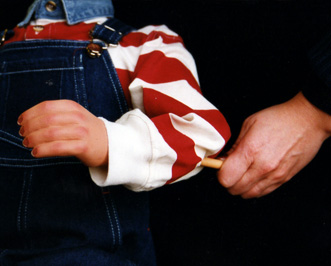 The Selberg Studios "Arm Stick" brings any of our figures to life.

E ach Figure from Selberg Studios comes equipped with precisely fitted mouth and jaw movement and full motion, ball-and-socket action moving head. Side-to-side (self-centering) eyes are also standard on all figures, with the exception of custom characters (for which they are an option).

The following animations are also available:

Formed of fine brass, the Selberg eyelid will never wear out as leather eyelids do. The eyelids may be set up to close in unision from a single control or individually from two controls.

This feature (which can only be ordered in addition to closing eyelids) enables the figure's eyes to open extra wide for a look of surprise, fright, amazement, etc. It's controlled by moving the same lever(s) that close the eyes in the opposite direction, and has the added benefit of adding no additional levers to the control post.

Eyebrows that raise, also lower from the same control. This is a good effect for showing anger or mischievousness, and when used in conjunction with the upper lip effect creates a sneaky, devious look.

The upper lip raises independently of the lower jaw to expose the upper teeth for a smile/sneer, etc. Further articulation can be added to speech and singing.

The eyes turn in toward the nose in addition to normal side-to-side movement if so equipped.

The entire nose raises to sniff the air with each pull of the trigger.

Water streams from mouth when the figures arm is squeezed. In some cases the water is directed from between the upper teeth, and in others at the bottom edge of the upper lip.

A very comical and surprising effect that always gets laughs.

A very simple but extremely useful effect for manipulating your Figure's arm. By gripping the stick from behind the Puppets elbow, you can move and gesture in any direction. This is done with your free hand while the other remains on the controls of the Figures head.

This effect in controlled from within the Figure's body. By moving from the Figure's head post briefly, one is able to push the arm control in upper corner of the body which swings the arm upward. This arm is posable, but moves in a linear direction only.

The Figures head is secured inside the body by means of a strong elastic strap which attaches at the bottom of the head post. The figure's head can still be moved but will stay upright in the neck socket when the figure sits alone. This can be used to pose the character and also adds a measure of security. 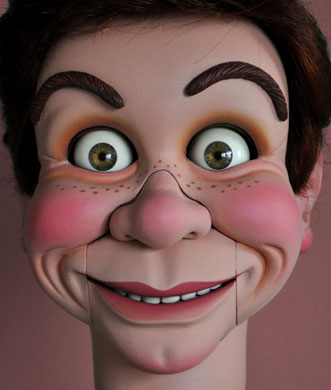 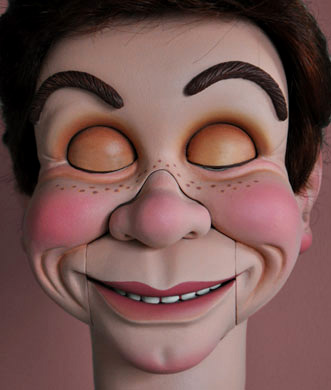 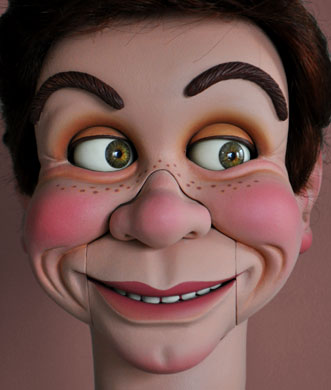 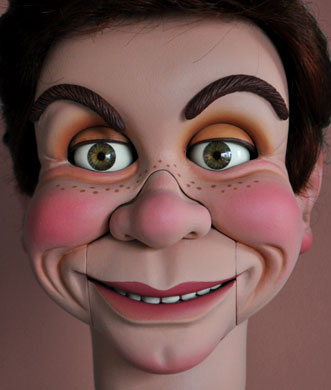 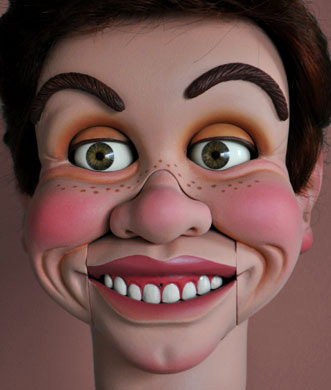 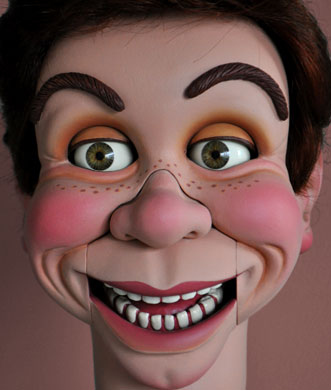 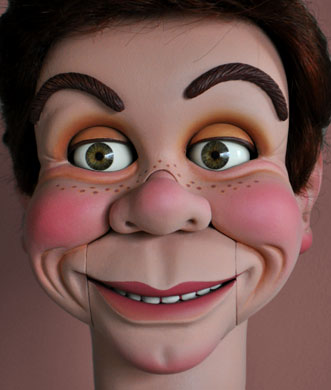 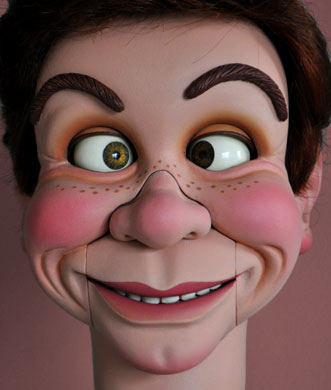 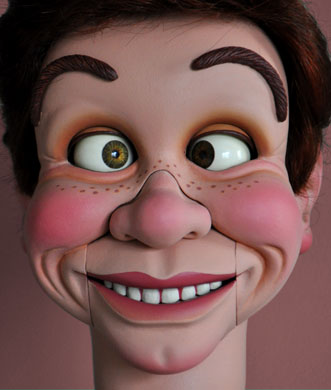 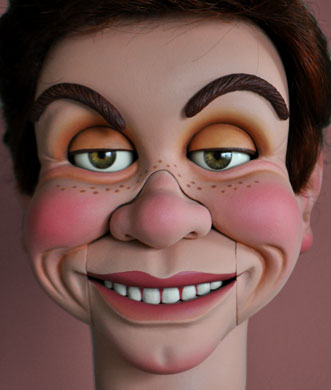 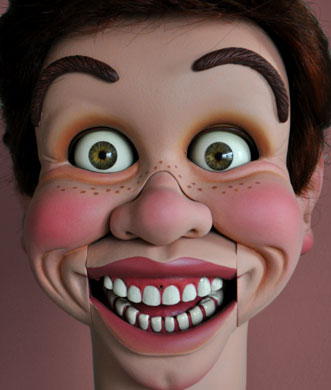